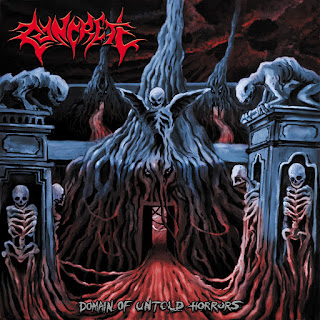 A  horror  movie  style  atmosphere  starts  off  the  album  along  with  a  brief  use  of  spoken  word  parts  before  going  into a   heavier  direction  which  also  introduces  death  metal  growls  onto  the  recording  along  with  all  of t he  musical  instruments  having  a  very  powerful  sound  to  them.